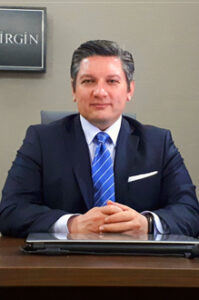 Specializing in cross border legal cases for clients from all over the world, we represent our clients in court or out of court anywhere in the country. Attorney Mr.Yasin GİRGİN is licensed to practice law in all local courts, district courts and high courts  all over Turkey. He has argued cases in the courts of all major Turkish cities like Istanbul, Ankara, Antalya, Gaziantep and İzmir, for clients from many different countries.

Our clients are mostly private individuals and small to medium sized companies most of whom are located in the United Kingdom, Germany and France. But many are also from Holland, Italy, Belgium and many other countries.

You could find several articles, prejudication precedents and petition examples in terms of family law/ law on domestic relations such as divorce, alimony, custody, division of property and inheritance law in our website.

Yasin GİRGİN, who was born in 1977, was graduated from Ankara Anatolian High School, to which he entered after being successful in an exam, he chose Ankara University Faculty of Law in order to be a lawyer as his dream of childhood and he started receiving education in 1995 in Ankara University Faculty of Law which is the first faculty of law in Republic Era with the date of establishment as 1925.

After 4-year successful university education, he was graduated in 1999 and Yasin Girgin completed his internship in the law firm of Professor Ahmet KILIÇOĞLU for a year on 13th November 2000, he took the initiative in the profession of law and as entitled to have the title of “Lawyer-Attorney”.

Since the establishment of our law firm; family lawsuits in the law of domestic relations, as well as enforcement proceedings based on checks and promissory notes receivables, commercial receivables, lawsuits about companies and commercial disputes and disputes in various cooperatives and legacy issues have been followed.

Activities of our law firm were suspended for a year since Yasin GİRGİN was appointed as military judge upon the tripartite decree of Prime Minister Recep Tayyip Erdoğan in 2003.

Yasin GİRGİN, who was the sole authority and the judge of the cases of hidden and draft evaders and embezzlement, security abuse and wounding and manslaughter during his time as a judge, returned to his profession as a lawyer in 2005.

Yasin GİRGİN published a book titled “A Guidebook for Divorce Suits” in 2011 in terms of divorce lawsuits and another book titled “The Breakdown of Marriage” ; in 2013, and wrote a column on the website and Ankara magazine of Hürriyet Newspaper, which is one of the most important media organizations of the era, and answering readers questions for 120 weeks. These articles are still available in the Hürriyet Newspaper archives.

He also prepared program at a local radio channel (Radyo Doğa) on divorce issues every week for about 2 years.

For a year, he continued to write articles on the internet news portal called superhaber.tv

Yasin GİRGİN, who is currently acting as a proxy and attorney in divorce, alimony, custody, property sharing and legacy lawsuits in Ankara and Istanbul, speaks English and German languages.

You can make an appointment with Att. Yasin GİRGİN during working hours in weekdays to get advice on the above-mentioned issues.